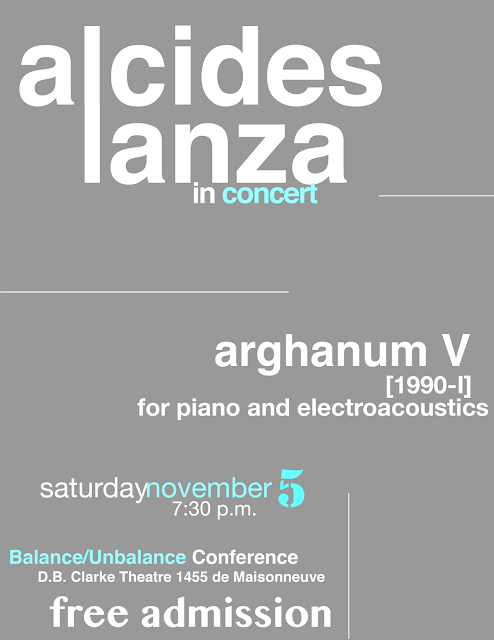 alcides lanza will be performing at the BALANCE/UNBALANCED conference this saturday november 5th at Concordia University's D.B. Clarke Theatre. The concert begins at 7:30 p.m. and admission is free.


arghanum V, was written as statement against the destruction of nature by man. When accordionist Joseph Petric commissioned the original version of the work, it was to be premiered at the “Sound Symposium”, in Newfoundland in 1990. At the time, the deforestation in that area of Canada was considerable. Large industrial conglomerates destroyed complete forests having no plans for re-forestation of the area. The first indication in the score “agitated and wild, with repressed anger” is a commentary “sobre la belleza de lo salvaje” [on the beauty of the wild] and the exploitation and destruction of the wild by mankind.
Posted by antonio lanza at 12:57 AM